Attorneys Get $71M In Fees For $1B Surfside Settlement Work

Attorneys Get $71M In Fees For $1B Surfside Settlement Work 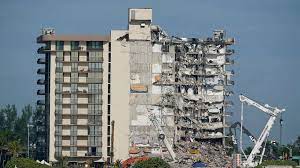 The judge overseeing the consolidated litigation over the collapse of the Champlain Towers South condominium in Surfside, Florida, approved about $71 million in attorney fees on Monday for class counsel who secured a global settlement of more than $1 billion for the victims.
In a hearing, Miami-Dade Circuit Judge Michael Hanzman said he would award $65 million in attorney fees for work by counsel in bringing the case to a close about a year after the collapse of the beachfront condominium tower on June 24, which killed 98 people. 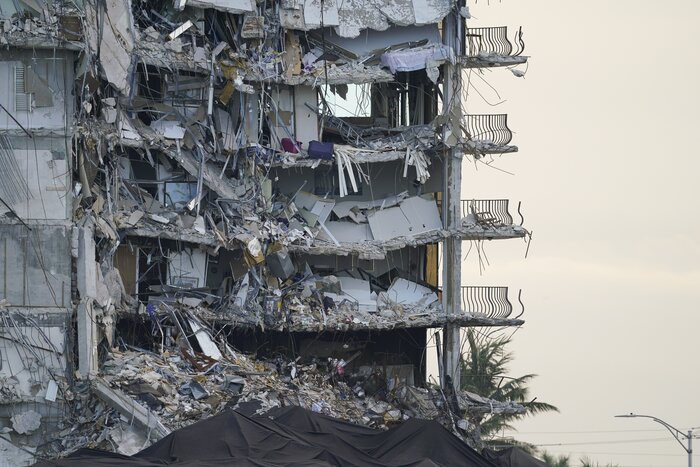 Miami-Dade Circuit Judge Michael Hanzman said the attorney fees make up between 6% and 7% of the total $1.2 billion recovery obtained for victims of the collapse at Champlain Towers South. (AP Photo/Lynne Sladky, File)

He added $6.5 million in fees for work attorneys have performed in recent weeks guiding victims’ families through the now-completed claims process. Coupled with the $5.65 million Judge Hanzman awarded to court-appointed receiver Michael Goldberg and the three firms that represented him — Akerman LLP, Berger Singerman LLP and Boyle Leonard & Anderson PA — for their work handling the receivership of the condominium association, the total fees amount to about $77 million.

The judge noted that amount is between 6% and 7% of the total $1.2 billion recovery obtained for victims of the collapse, far less than what victims would have had to pay had they retained counsel and litigated claims on their own.

Judge Hanzman commended the attorneys, who worked the complicated case “in a glass house and under extreme pressure.” He said they signed on at the beginning of the case, when expected recovery was $200 million to $300 million and the court had warned them not to expect any fees.

“This case could’ve been a disaster for them,” the judge said. “There was so much potential to go off the rails. They could’ve been stuck in a decade-long slog with no compensation.”

Class counsel had requested a lodestar fee amount of about $22 million, multiplied by 4.5 to get to just over $100 million. The judge agreed a multiplier was warranted, given the extraordinary result, but he was unwilling to go that high.

At the hearing on Monday, co-lead counsel Harley Tropin of Kozyak Tropin & Throckmorton, told Judge Hanzman that “whatever you award us is good with us.”

“We had one goal: Recover as much money as we could,” Tropin said. “I hope you think we did a good job. Whatever you award us, we’re good.”

Following the hearing, Tropin and co-lead counsel Rachel Furst of Grossman Roth Yaffa Cohen PA said in a statement that they were “grateful to have had the opportunity to represent the victims and serve the court.”

“We are grateful for the recognition of our work in the form of this fee award and for having this brought this case to a conclusion for the victims,” they said.

The plaintiffs’ attorneys and Judge Hanzman have just wrapped up five weeks of what the judge described as nonstop presentations by families of the deceased and others with personal injury claims as the judge determines how to allocate the funds. Payments to families of victims are expected to begin going out next month.

The judge noted the emotional toll the “heart-wrenching mini-trials on damages” had taken on everyone involved, including the attorneys, many of whom had to guide clients through three or four such presentations each day. Most class action attorneys interact just with a few class representatives, but in this case, Judge Hanzman said the attorneys were fielding calls from highly involved class members who were actively participating in the litigation. They got to know the class members personally, he said.

“In a typical case, lawyers don’t bleed like that,” Judge Hanzman said. “They bled for these clients. They cried with these clients.”

At the hearing, the judge also signed off on four more settlements between the plaintiffs and three contractors for the building — Central Alarm Control Inc., Infinite Aqua LLC and Premier Fire Alarm Control Inc. — as well as the Champlain Towers South Condominium Association. Furst told the judge that each of the three contractors will pay $1 million in insurance proceeds into the settlement fund, and the association will pay whatever is left over after its costs are wound down. Furst said she expects that to be about $50 million.

The funds going out to the victims will come from the $1 billion from a global settlement with a number of parties, insurance proceeds from the condominium association’s policies, and $120 million from the sale of the property to Dubai, United Arab Emirates-based buyer Damac Properties PJSC.

Of those funds, $96 million was earmarked for property loss claims, and the balance was set aside for wrongful death and personal injury claims.

At the hearing on Monday, Judge Hanzman said the case could have been derailed if not for an agreement between the property loss claimants and wrongful death claimants on how to allocate any recovery. For weeks the parties fought bitterly, with mediation breaking down after initial discussions. But the judge said he forced the issue and “repeatedly made them mediate it” because he knew if left unresolved, it would become a problem later on.

“It was a cancer in this case that needed to be cut out, and cut out quickly,” he said.

The case is In re: Champlain Towers South Collapse Litigation, case number 2021-015089-CA, in the Eleventh Judicial Circuit Court of the State of Florida.

PrevPreviousMarketing requires everyone to get involved!
NextFive Benefits of Launching a Law Firm Website Next