Zantac MDL Plaintiffs Try To Revive Claims Against Drug Cos.

Zantac MDL Plaintiffs Try To Revive Claims Against Drug Cos. 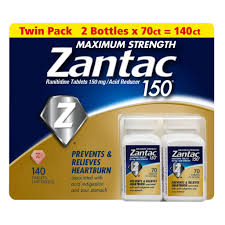 Three plaintiffs in the sprawling multidistrict litigation over the carcinogens found in the popular heartburn medication Zantac asked the Eleventh Circuit on Tuesday to revive their state law claims against generic and brand-name drugmakers but may face procedural roadblocks in their appeals.

Over the course of three oral arguments before an appellate panel in Miami, the main theme was whether the three plaintiffs — Illinois resident Arthur Cartee, Alabama resident Marilyn Williams and Plumbers and Pipefitters Local Union 630 — were properly before the Eleventh Circuit in the first place.

Ashley Keller of Keller Lenkner LLC, who argued for the plaintiffs in all three sessions, pushed back against the drugmakers’ arguments that after U.S. District Judge Robin Rosenberg trimmed claims from the MDL, Cartee and Williams should have gone back to the judge to ask for a Rule 58 final order that they could then appeal.

Cartee removed from his complaint all claims but negligent misrepresentation, which the judge had said was only viable in California and Massachusetts because only those two states’ supreme courts had ruled on whether brand-name drug manufacturers are liable to generic consumers.

“He effectively took a red pen and crossed all of those claims out of his complaint except for negligent misrepresentation,” Keller said. “The district court doesn’t have to come back and say we really meant to dismiss this claim. That’s why he has a final order.”

Williams was “expressly forbidden” from repleading her negligent misrepresentation claims, according to Keller.

And as for Plumbers — a nonprofit welfare benefit plan that wants to represent other third party payors — Keller said the plaintiff wants nothing more than to fix the deficiencies in its initial complaint, which was dismissed as a shotgun pleading.

But the drugmakers said Plumbers could very well have amended its complaint but instead chose to appeal decisions by the district court saying it lacked standing to bring claims under the laws of states where it suffered no injury and that certain claims were preempted by federal law.

All three plaintiffs’ claims were eclipsed in a series of orders issued December 2020 in which Judge Rosenberg, who is overseeing the MDL, held that state labeling and design defect claims against Zantac generics makers, repackagers, retailers and distributors are preempted by federal law because those entities cannot independently alter brand-name drug labels or designs and still comply with labels approved by the U.S. Food and Drug Administration.

Their suits are among hundreds that accuse Pfizer Inc., Sanofi SA, Boehringer Ingelheim Pharmaceuticals Inc. and GlaxoSmithKline LLC, as well as generics makers, distributors, pharmacies and others in the supply chain, of false advertising, failure to warn and other claims associated with the discovery of cancer-causing chemical nitrosodimethylamine, or NDMA, in the medication.

The FDA issued a warning in September 2019 that trace amounts of NDMA were found in Zantac and its generic equivalent ranitidine. On April 1, 2020, the agency pulled all prescription and over-the-counter ranitidine drugs from the market over concerns that the drug, when stored above room temperature, could produce unacceptable levels of the carcinogen.

The FDA has set an allowable daily limit of 96 nanograms of NDMA, but researchers have found more than 3 million nanograms in a dose of Zantac. NDMA is also found in red meat, tobacco and beer.

Cartee, who took ranitidine for five years to treat mild heartburn and was diagnosed with cancer in 2012, wants to revive his claim that the branded drugmakers owe generics consumers like him a duty because they are the ones who create the FDA-approved labels that are reprinted on generic drugs.

Judge Rosenberg agreed with the drugmakers that federal courts should not expand the scope of tort liability without a clear signal from the state courts on the issue. Because only the Massachusetts and California high courts have recognized a duty by brand name manufacturers to consumers of generic products, only plaintiffs in those states can bring those claims, according to the judge.

Williams, who is also battling cancer after taking over-the-counter Zantac for more than five years, says Judge Rosenberg got it wrong when she said that her design defect claims were preempted by federal law because both state and federal law require manufacturers to pull even an FDA-approved drug from the market once they learn that it is dangerous to consumers’ health.

Plumbers is fighting to represent other third-party payors with the same injuries from other states, which the district court said it could not do. At oral argument, Amit Agarwal of Holland & Knight LLP, who argued on behalf of the generic drugmakers, said Judge Rosenberg got that ruling right.

“Because of the shotgun pleading, the district court found it difficult to address the precise issues they now raise on appeal,” Agarwal said. “There are practical considerations intertwined with the jurisdictional analysis.”