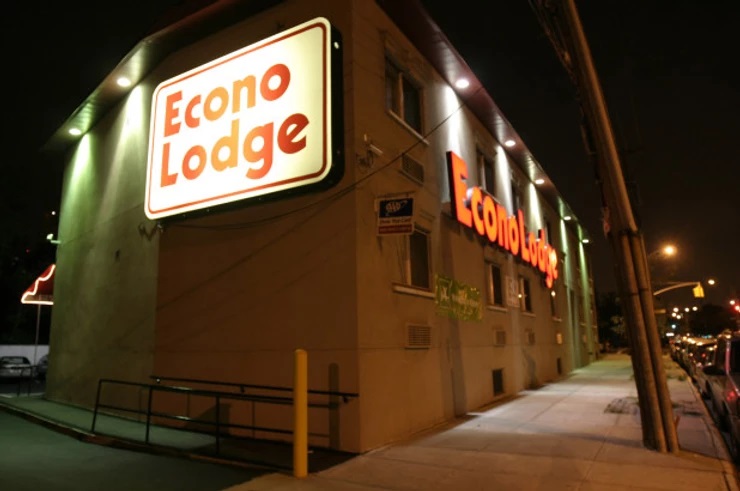 A 10-year-old girl was raped, tortured and beaten as she was sold for sex at two Big Apple motels while staff turned a blind eye to her obvious abuse, a bombshell $10 million lawsuit filed Tuesday claims.

The suit, filed in Brooklyn federal court and the first of its kind in New York, claims Wyndham Hotels & Resorts and Choice Hotels Corporation were complicit in the girl’s abuse by operating franchises that chose “to ignore the open and obvious presence of sex trafficking on their properties.”

The plaintiff, who is now a woman in her 20s and was only identified by the initials “S.J.,” claims she was sold for sex as much as 15 to 20 times per day at a Howard Johnson in Jamaica, Queens, operated by Wyndham, and an Econo Lodge in the Bronx, operated by Choice Hotels, between 2006 and 2009, when she was between the ages of 10 and 13, the suit states.

S.J. had met her trafficker shortly after she escaped from a foster home where she was being sexually and physically abused, the suit says, adding she’d entered foster care after her father was caught molesting her.

“S.J.’s trafficker took advantage of her vulnerability by preying on the young girl’s normal desire for attention and approval and gaining her trust by taking her out for meals and shopping trips, and offering her life advice and the promise that she could be a part of their family,” the suit states.

The vast majority of sex trafficking victims were sexually abused as children, multiple experts have told The Post.

Once the girl’s trafficker, a 25-year-old man, gained S.J.’s trust and took her virginity, he forced her to service his clients, telling her “how you make ‘Daddy’ happy, is by making [them] happy,” the suit states.

For the next three years, the trafficker would put a “paper bag” over S.J.’s head and ferry her to the Econo Lodge and the Howard Johnson, where she’d spend days at a time being raped by clients non-stop, the suit states.

The trafficker would always pay for the rooms in cash and when he didn’t have money for rooms at the Econo Lodge, he allowed hotel staff to rape his victims “in lieu of his payment for the rooms,” the papers show.

There was even a bowl of free condoms displayed at the Econo Lodge’s front desk that the victims would use when they ran out, the suit states.

S.J. claimed in the lawsuit that there was “constant and voluminous” foot traffic in and out of the rooms and “numerous used condoms” were left “scattered across various surfaces” at the end of each motel stay, which should’ve indicated to staff obvious criminal activity was happening.

Further, the suit states staff at both of the motels allowed the abuse to happen by failing to call law enforcement and ignoring obvious warning signs displayed by S.J. and the pimp’s other victims such as clear physical abuse, diminished personal hygiene, lack of luggage, submissiveness and inappropriate attire.