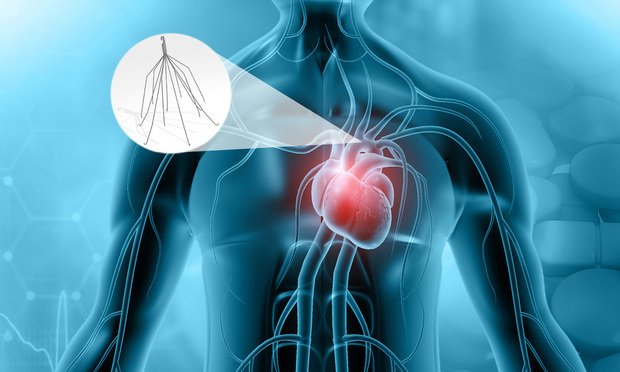 A Wisconsin federal judge on Wednesday upheld a $3.3 million verdict in favor of a woman who alleged that a vein filter made by C.R. Bard broke and a part became embedded in her heart, saying that the jury’s verdict was backed by evidence shown at trial.
Last summer, a jury found C.R. Bard was liable for failing to warn doctors about the dangers of placing and taking out the removable Meridian filter in a verdict for Natalie Johnson, who had a Meridian filter implanted in 2013 as a preventive measure for varicose veins.

A few days after surgery, a CT scan showed that the filter had migrated into the membrane surrounding Johnson’s heart. While most of the filter was removed, a part remained embedded in her right ventricle, according to the opinion by U.S. District Judge William Conley. Johnson’s surgeons decided it was safer to leave it there, despite the risk of future complications.

After the trial, Bard argued that testimony from the doctor who implanted the filter was insufficient to prove causation for two reasons, according to the opinion. One was that her testimony was based on figures erroneously provided by Johnson’s attorneys and the other was that she failed to specifically identify an alternative filter she would have used instead.

Judge Conley rejected both of those arguments.

A Bard report showed a 62% rate of migration for the Meridian filter and Dr. Olga Goncharova testified that with this rate, she would not have used this filter, according to the opinion.

Bard argued that the study did not show a 62% migration rate, but rather a much lower one after taking certain factors into account.

“However, Bard advanced this same argument to the jury at trial, asserting that only migrations over a certain threshold should truly be considered migrations, which the jury either rejected or still found would have been material to an objective surgeon, including Dr. Goncharova,” Judge Conley said. “Moreover, even defendant’s own expert agreed that the … report showed a migration rate around 60%.”

As for Bard’s argument that Dr. Goncharova must have singled out another filter she would have used, Judge Conley noted that the company cited no legal precedent in support before, during or after the trial.

“Instead, it is enough that she would not have made the same treatment decisions if warned, whether it be closer monitoring and removal of the Meridian filter after insertion or selecting a reasonable alternative filter on the market,” the judge said.

Bard also argued that the evidence did not support the size of the verdict since Johnson never had physical symptoms. The judge rejected this contention as well.

“Even ignoring that plaintiff also has a strut embedded in her IVC, the fact that defendants or its counsel are casual about a piece of metal in the right ventricle of plaintiff’s heart does not mean that a reasonable jury could not find that plaintiff credibly described her ongoing anxiety and worry,” Judge Conley said. “This is especially true since Johnson was a surgical nurse painfully aware of what could go wrong should another strut shift.”

Johnson’s February 2019 suit over her Meridian vein filter was remanded from the federal multidistrict litigation in Arizona over Bard inferior vena cava, or IVC, filters to Wisconsin federal court later that same year.

That MDL wound down after Bard reached settlements with thousands of patients, with other suits remanded to different courts.

“Ms. Johnson is a victim of a bad product, long since removed from the market,” Ben Martin of Martin Baughman PLLC told Law360. “She is pleased that the jury saw the evidence at trial as we did, which resulted in the largest actual damages verdict in any Bard IVC filter case. Without any surprise to me the court agreed. We congratulate our client and each member of her trial team.”

PrevPreviousBest Practices Law Firm Telephone Etiquette
NextWhy should you use Video Marketing in your law firm?Next