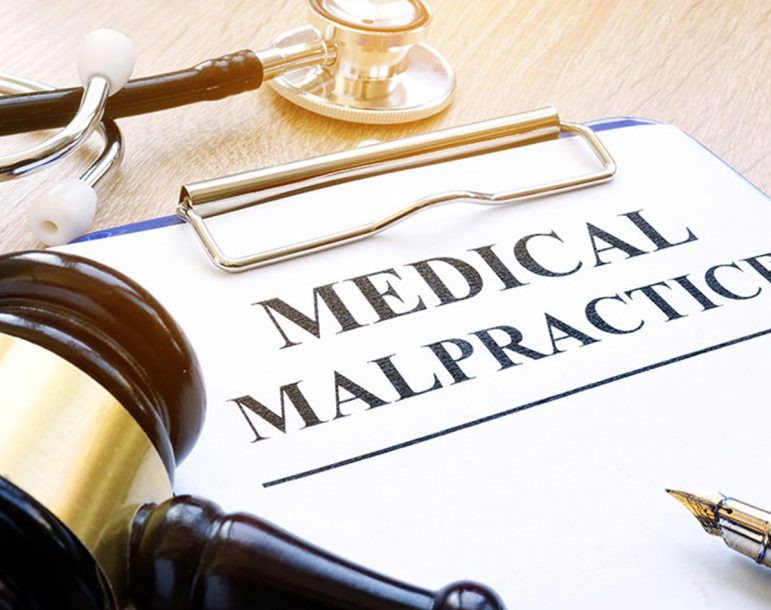 A Florida appeals court has ordered a new trial on damages owed to the daughter of a man who died after an allegedly unnecessary heart procedure, saying the estate’s attorneys should not have been allowed to refer to her life expectancy during closing argument.

In an opinion filed Wednesday, the three-judge panel said that references to how long Gerald L. Sanford’s daughter would have lost with her father appear to have caused an excessive damages award, as the daughter was awarded $2.5 million, while her mother, Deborah Sanford, received $1 million in noneconomic damages.

According to the suit, Dr. Amarnath Vedere of Cardiology Partners PL performed a percutaneous coronary intervention on Sanford to treat his heart issues, but following difficulties in the procedure and Sanford going into respiratory arrest, Sanford spent the rest of his life in the intensive care unit before dying weeks later.

His estate sued Vedere and Palm Beach Gardens Medical Center, where the procedure took place, alleging that the PCI procedure was not necessary and other treatment would have been a better fit for Sanford. Palm Beach Gardens settled, and the claims against Vedere went to trial, resulting in a $4 million verdict, including the $1 million to Sanford’s wife and $2.5 million to his daughter in noneconomic damages.

On appeal, Vedere challenged four aspects of the trial — that the verdict form included Palm Beach Gardens despite it having settled, that Sanford’s counsel was allowed to question him about financial motives, the references to Sanford’s daughter’s life expectancy and the amount of prejudgment interest.

In Wednesday’s opinion, the panel found that the verdict form’s reference to Palm Beach Gardens may have been in error, but it was harmless, as there is no indication that its presence on the jury form affected the jury’s determination or even that they noticed the name in the case caption.

The panel further found that Florida case law, as well as other jurisdictions, have allowed evidence and references to financial motives in medical malpractice cases, even though it is not an element of proving a claim.

At trial, Sanford’s estate had alleged that Vedere was paid to use the PCI device that he used in Sanford’s procedure, while Vedere denied this under oath and said he was only paid $2,000 to train other Palm Beach Gardens technicians on the device but not to use it.

According to the opinion, the trial court did not abuse its discretion by allowing this line of questioning as relevant to the negligence claims, adding it served to rebut Vedere’s claim that the procedure was “based solely on sound medical consideration.”

On the daughter’s life expectancy, however, the panel agreed with Vedere that the estate’s counsel should not have been allowed to discuss it during closing argument, as prior Florida courts have held that a minor’s pain and suffering damages for the loss of a parent are limited to the time they expected to have with that parent.

While the court had instructed the jury to this effect, the closing arguments in which the estate’s counsel asked the jury to consider the “long, long life expectancy, where she can think about the decade of things that will never happen” were after the jury instructions, and as a result, the jury may have considered the comments relevant.

The panel pointed to the much higher award the daughter received as an indication that the error was not harmless, saying she and her mother ought to have gotten a similar amount if the daughter’s longer life expectancy wasn’t a factor.

While Vedere had argued the surviving spouse’s damages should also be reversed, the panel said Sanford’s attorneys did not use her life expectancy table to argue for a higher award. As such, the opinion only dictates a new trial specifically for the amount of noneconomic damages owed to Sanford’s daughter.

Finally, the panel rejected Vedere’s argument that the prejudgment interest should have begun accruing on the date of the verdict for economic damages, and it is not allowed at all for noneconomic damages.

According to the panel, the statute governing prejudgment interest in this case makes no distinction between the type of damages and allows for interest to begin accruing when the case falls under the statute’s umbrella — in this case, on the date that Vedere rejected the Sanford estate’s attempt to resolve the case in arbitration.

The panel wrote that this preserves the state legislature’s intent to incentivize arbitration so as to avoid the costs and delay of litigation.

“The Legislature’s ‘incentive’ to accept arbitration and avoid litigation would make no sense if it merely permitted the same award of prejudgment interest a plaintiff would already be entitled to under common law,” the panel wrote.

Michael Baxter of Schuler Halvorson Weisser Zoeller & Overbeck PA, representing the estate, told Law360 on Thursday that they were pleased the appeals court confirmed the jury’s decision that Vedere’s negligence caused Gerald Sanford’s death, and affirmed the $1 million in noneconomic damages to his wife and that the panel decided that prejudgment interest accrues when a defendant rejects the offer to arbitrate.

” We look forward to the opportunity to again present Jennie Sanford’s claim for damages for her pain and suffering to the jury,” he said. “We’re confident a jury will decide that the pain and suffering Jennie Sanford endured and will endure from unnecessarily losing her father when she was 17 years old is worth much more than how the defendant’s insurance company has valued it.”