A wave of investigations over the last decade has uncovered the sad truth about clergy sexual abuse within the Catholic Church and other religious institutions. It is now apparent that the sexual abuse of children by clergymen was a frequent and pervasive problem. It is also evident that the Catholic Church was very much aware of this problem and did almost nothing to stop it. In fact, the church hierarchy made an effort to clean it up.

Sexual abuse by a clergy member against young church members can have devastating long-term effects. Victims of clergy sexual abuse offer suffer emotional trauma for the rest of their lives. Until recently, these victims often had little or no effective recourse for this harm. Recently, however, the increased public attention and awareness has led to major legal changes designed to give victims the ability to hold their abusers accountable.

Until recently, victims of clergy sexual abuse had no effective legal recourse. Pursuing criminal charges was hit or miss and dependent on the interest and cooperation of state authorities. Bringing a civil lawsuit was often not possible either because the statute of limitations had expired or because the abuser had no assets to go after. 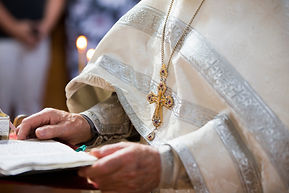